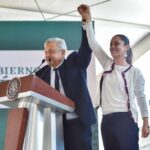 There was a lot at stake for Mexico in the June 6 mid-term election, about which much ink has been spilled here and abroad.  As it happened, the Mexican electorate failed to hand President Andrés Manuel López Obrador (AMLO) the super-majority needed for him to steamroll the opposition and take Mexico all the way back to his beloved 1970s.  Instead, we have now entered part two of the tug-of-war over the nationalization of the energy industry and the concentration of political power in the hands of one party, Mr. López Obrador’s National Regeneration Movement (Morena).  For those of us who do not share the president’s nostalgia for the glory days of the Soviet Union, the outcome of the June 6 election was something of a relief after a lengthy run-up of nail-biting, what-if-ing and generally fraught conjecture over a possible Morena landslide.  As our reward, we may now begin handicapping the selection process for Morena’s candidate to succeed the Dear Leader.

The first question must be whether AMLO will follow in the footsteps of so many Latin American dictators before him and modify the constitution to perpetuate himself in power (like, say, Daniel Ortega in Nicaragua right now).  We have no expectation that he will attempt this because, first, he’s not a dictator, and second, even Mexico’s adaptable political class would not countenance such a move.  We don’t doubt that he may have mulled over putting on one of his phony-baloney “consultas populares” (half-baked referenda in which only his own followers vote in order to ratify whatever he wants) to ask “the people” if he should stay in power, but the monumental hue and cry this would have begot must have led even the delusional AMLO to desist.  In any event, he has taken to insisting without provocation that he will retire to his ranch and stay out of politics once his term ends.  The reason for this, both presumed and stated outright by the president, is that he considers his party and their work (referred to commonly as the Fourth Transformation, or 4T) to be a movement, rather than just one presidential administration in turn.  So, if we’re taking his comments at face value, he’s saying that whoever succeeds him will continue his work to transform Mexico into an independently prosperous nationalist state built upon the glorious future of the fossil fuels industry.  Now, Mr. López Obrador is an elder statesman who has spent his entire adult life in Mexican politics, and we’re just a guy, but still, we have to feel like there’s some avenues open for his vision to go off the rails.

The “movement” isn’t really a movement, but rather mostly a mismatched bunch of opportunists many of whom were in the PRI, the PAN or the PRD before they jumped ship to Morena to avoid getting shut out of the goody basket.  Manuel Bartlett, for heaven’s sake, previously a historical bogeyman of the left as a member of the PRI, is now a pillar of the 4T and one of AMLO’s top lieutenants.  AMLO galvanized an enormous amount of support during his 2018 presidential campaign, and his presumed “movement” follows his lead in order to reap the benefits of power.  Without AMLO, however, the most ambitious pretenders to the presidency will have no obligation to continue parroting his quaint populist slogans or sustain his devotion to a state-run economy based on fuel oil and coal, once the 2024 election is over.  A glance around the room suggests that the likely next president is in it for him or herself, not to perpetuate the historical glories of López Obrador.

Political tradition in Mexico holds that the outgoing president chooses his party’s candidate for the next election, which in the one-party-rule era meant choosing the next president.  AMLO is intimately familiar with this system, yet he has taken to blandly declaring that “the people” will choose Morena’s presidential candidate and that there are many worthy candidates.  This is nonsense of course; “the people” will be doing no such thing and he will decide the next candidate in consultation with leading power brokers within the party just as PRI presidents did for decades in the twentieth century.

In much-publicized public comments in July, AMLO claimed that the PRI-era system of unilateral decision-making by the outgoing president has disappeared, and that the people would choose the party’s standard bearer for the next presidential election.  He then proceeded to name several potential candidates, sending local scribes and pundits into a frenzy.  The affair was just theater, however, since two of those he singled out – Marcelo Ebrard and Claudia Sheinbaum – have long been considered conventional wisdom’s top picks.  Of the other four, Economy Minister Tatiana Clouthier and Energy Minister Rocío Nahle are politically little more than inconsequential AMLO sycophants, and Mexican U.N. representative Juan Ramón de la Fuente and Ambassador to the U.S. Esteban Moctezuma are respected but insufficiently connected to AMLO to be considered likely candidates.  Of greater significance, Speaker of the Senate Ricardo Monreal was pointedly left off AMLO’s list of presumably worthy candidates.  Monreal, a Morena heavyweight, has been vocal about his interest in obtaining the 4T nomination for 2024.  There’s background to the Monreal angle too: In 2017 he strongly campaigned to be selected as Morena’s candidate for Mayor of Mexico City, but was passed over by AMLO who tapped his protégé Claudia Sheinbaum, who became head of the city government in 2018.  Monreal had a public tantrum and issued threats of disobedience but ultimately bit his tongue and was rewarded with a Senate seat and leadership position in the upper chamber.  Now, he wants to be rewarded with the party’s presidential candidacy, but wouldn’t you know it, AMLO is acting like he doesn’t even know Monreal is alive, while lavishing praise on none other than Claudia Sheinbaum.  So when AMLO names a bunch of second-bananas as worthy presidential candidates and leaves Monreal off the list, let’s just say it wasn’t a momentary memory lapse.  We may not have seen the last of the public shitfits from Mr. Monreal if he is strong-armed out of the running by Morena.

The last item we would like to touch on for the moment is the apparent battle between Marcelo Ebrard and Claudia Sheinbaum for the Morena nomination.  This is a topic that deserves its own post, and we have addressed Mr. Ebrard’s presidential aspirations on multiple occasions in this space. Let’s just say that in his public comments on the 2024 Morena candidacy, President López Obrador has built up Ms. Sheinbaum to be a heroic stateswoman practically of the stature of the founding fathers, while rarely mentioning Mr. Ebrard.  Our opinion, however, is that this is a ruse.  Observers may have grounds for inferring that Mr. López Obrador is publicly stacking the deck in favor of Sheinbaum, but based on the political waters under the bridge over the past 20 years, we’re still betting on Ebrard to head the ticket in 2024.