A few years ago, we posted in this space about a visit to Baja California Sur, one of Mexico’s most remote states.  We love Baja California and Baja California Sur and had the good fortune to visit the southern tip of the peninsula again recently for a couple weeks, and we are happy to report that Baja is still great.  After nearly two years of COVID-19 pandemic, our previous visit seems long ago and far away, and the travel industry has taken a beating in recent times.  But people need to work and get on with their lives, so we were happy to see that folks were doing just that and it appears that Baja California Sur is actually prospering against all odds. Here are a few thoughts on what we observed in August and September of 2021.

This year’s field research covered the southwestern end of the Baja peninsula from the town of Todos Santos on the Pacific coast through Cabo San Lucas at the southernmost extreme then heading east up to San José del Cabo.  We were flabbergasted by the vast differences in user experience among these three towns, and how each is following its own path toward the next stage in its economic development.  Baja California is well known as a playground for foreign visitors, many of whom buy property in the area as well for part-time residence, rental, or full-time retirement.  Based on our observations and discussions with local residents and business people, it seems clear that the largest portion of the foreign visitors are from the United States, although folks from Canada, France and many other countries are present as well. 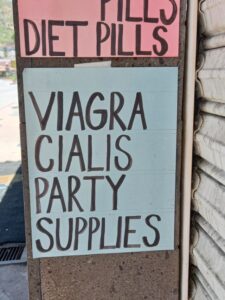 The focus of the “playground” aspect of our study zone is clearly Cabo San Lucas, which in recent decades has been transformed from a quiet fishing town into a premium resort destination frequented by celebrities and Instagram lifestyle influencers.  The swells probably spend most of their Cabo time at the expensive hotels, condos and spa resorts that line the coast heading eastward from the city’s downtown, and we imagine they don’t stray outside the gracious grounds much, since they’re paying for that highly Instagrammable experience.  The downtown itself is a decidedly, shall we say, grittier experience, targeting a more budget-conscious traveler – particularly those experiencing erectile dysfunction, judging from the big signs flogging Viagra and Cialis all over the place.  The downtown area is also home to well known Spring Break party spots such as Squid Roe, Cabo Wabo and Mandala, which we suspect have provided the backdrop for no small number of regrettable moments in young lives.  Overall what impressed us most about Cabo San Lucas was the enormous amount of construction underway at every turn.  Cement trucks rumble everywhere, and pickups and dump trucks come and go as if on a massive movie set with clouds of dust and dirt hanging in the scorching air as the city appears to expand before your eyes. 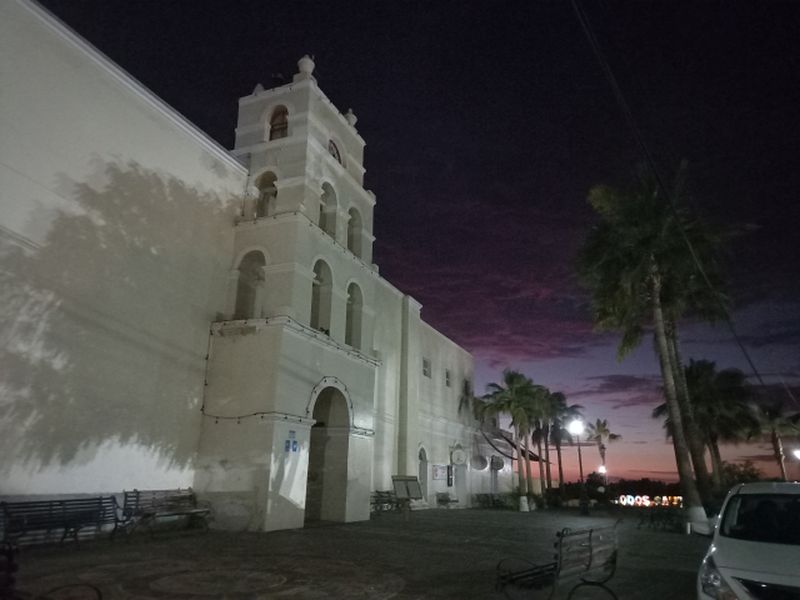 In contrast to the resorts and throbbing nightclubs of Cabo, just 50 miles (80 Km) up the coast the town of Todos Santos provides a completely different experience.  Todos Santos is composed of two portions – the urbanized downtown at a slightly higher elevation, and the less urbanized open land between the town and the beach, which is currently undergoing development.  The town has a laid back, old fashioned Mexican look and feel, but it is well cared for and clearly has benefited from an influx of money from tourism and foreign residents.  It is not difficult to find yourself an adult beverage in Todos Santos, but one does not glance around at the galleries and boutiques and immediately think “my friends will be holding my hair at 1:00 a.m.”, as one might in Cabo San Lucas.  One local resident suggested to us that the moneyed foreigners residing in the area have exerted influence to keep the town free from noisy nightlife and large scale resorts precisely in order to maintain its relaxed atmosphere.  We had heard about Todos Santos as a gringo enclave for years, and there is no question that new homes for foreigners are going up at a brisk pace in the less developed strip between the town and the coast.  Nonetheless, we were stunned by the large expanses of undeveloped lots available for purchase by intrepid risk-takers.  Twenty years from now, buying undeveloped property in Todos Santos in 2021 may in retrospect look like an investment slam dunk, but one would do well to at least consider the inherent risks in purchasing property in Mexico, particularly for inexperienced foreigners, as well as the potential impact of climate change on low-lying coastal paradises. 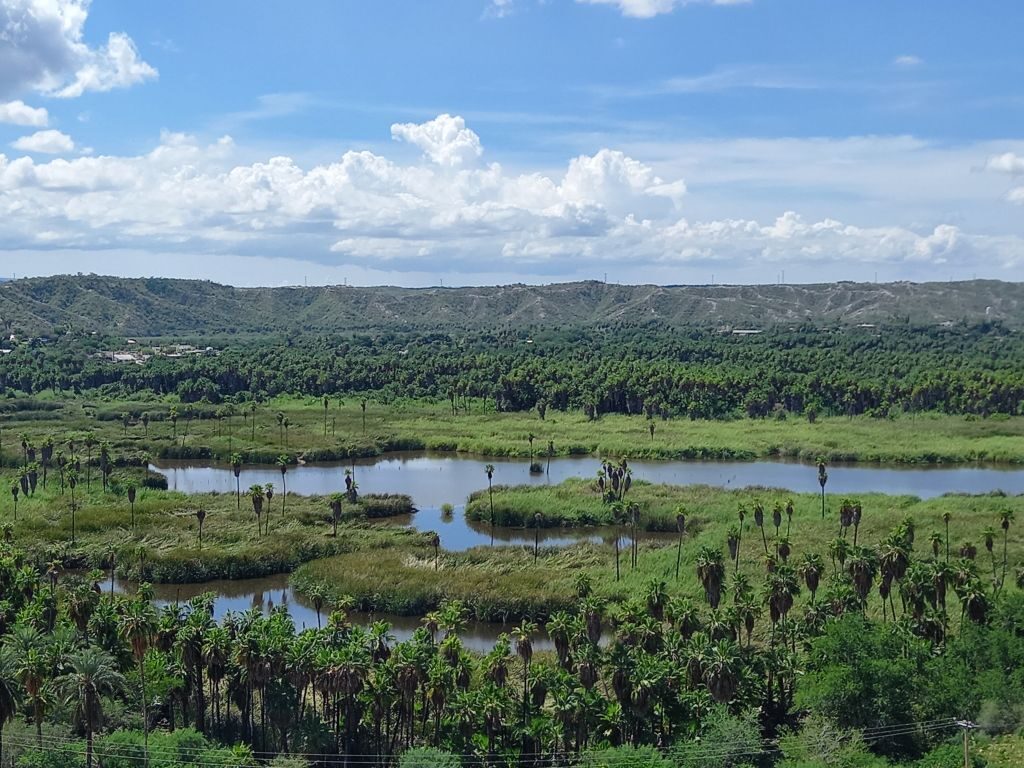 Finally, our experience in San José del Cabo places the city somewhere in the middle of the spectrum between the two extremes of Cabo San Lucas and Todos Santos.  San José has a pleasant touristy downtown that combines trinket hawkers with arty boutiques along with taco joints and some outstanding restaurants.  There are a handful of nightclubs, and some resorts down along the beach, but outside the tourism services there is an actual Mexican small city functioning on its own albeit with a big boost from the tourism and construction industries.  We would not describe San José del Cabo as a hidden gem or a “magic town” or whatnot, but it does get credit for being a legit Mexican small city with a lot of hard-working people making a living and a good number of out-of-towners finding a way to make a new life for themselves, which is well worthy of our respect.

We would like to add one more detail to our travelogue which continues to blow our minds.  If one heads northeast out of San José del Cabo on the highway toward the Sea of Cortez, after only a few minutes of driving the paved road abruptly ends, continuing on as a rough trail of dirt and rocks.  Locals say the largely off-grid zone between the end of the pavement and the Cabo Pulmo National Park is sparsely inhabited by a handful of hippies and surfers and that construction is scarce.  We are both dumbfounded and mesmerized by this.  Not only do we happen to like hippies and surfers, but the Sea of Cortez is one of the worlds most diverse marine ecosystems and among the most beautiful places on earth.  If only a few kilometers away in Cabo San Lucas every square meter of sand has a cement truck backing up to it, what in heaven’s name is preventing rapacious neo-liberal capitalist developers from paving that road and stringing light polls along it and setting up boozy whale rides and whatever else?  We confess that we have not researched the answer, because this is a blog and not the New York Times.  But we still would like to know because that is just incredible.  In the meantime, bless those hippies and surfers, and bless Baja California for being so wonderful and still harboring some of its coves and inlets from the ever expanding urban sprawl.